You know what you want, you have the resources in place, and it’s time for action.

I mean, how hard can it be to put the truck on the road and get the wheels rolling?

Well, it starts with one form, and spills into another, and then another …

Registered Gross Vehicle Weight, Certificate of Incorporation, Carrier Sanctions and Investigations Office versus DriveTest Ontario versus Service Ontario .. which branch does what and in what order .. it can get overwhelming.

On top of that, if you have a business to run, it can become very distracting, draining time and money from your wallet.

When I applied for CVOR back in 2001 for the first time, I had to provide a business plan and three industry references. Things did improve since then, but they are nowhere near to ‘walk-in, fill a form out, and walk out with a certificate’; not even close.

But back to putting your vehicle on the road. Being a successful business owner means you can make things happen and you are determined to. Because let’s face it, our customers and clients don’t care how we feel, they expect results and when we get the job done - they are happy.

So the real question is .. “which business are you in?” and

“what is the right thing for your business right now?”

Assuming that we are working together:

Before application is submitted

While application is being processed

After your CVOR license had been issued

Government Fees are not included in the package:

Mario with an RV - personal exemption

Mario phoned after failing to plate his RV at Service Ontario. He was told that he required a CVOR . He was upset and overwhelmed after doing research on the registration process (and by the fact that he couldn't use his RV).

I explained that his personal RV is exempt, even if it's over 4,500kg. To make sure things go 'relatively smoothly' at Service Ontario next time, I had sent him a portion from HTA that stated the exemption his vehicle fell under.

This was a no charge transaction, but Mario surprised me with a hand-written 'thank you' note... What a nice touch.

Straight Truck Operation - Did not qualify

A gentlemen had called me, because he wanted to get his CVOR license as soon as possible. He was a new immigrant to Canada. He got his A-Z, but did not have driving experience.

had expanded their operation and acquired 2018 Isuzu NRR. Richard was quite busy handling construction projects and decided to delegate CVOR setup to me.

The anticipated start date of a truck was two weeks from contact.

The company had obtained their license on time, and all office paperwork was setup.

Chris from All Crete

Took over family landscaping business. He wanted to upgrade his truck weight and required a CVOR. He also wanted to upgrade from a sole-proprietorship to a corporation. Chris was able to get his required paperwork and licenses without being distracted from his busiest time of the season. In the process we realized that CVOR was only part of the puzzle, since his trailer required Chris to get A-restricted license.

Was renting trucks from a rental company on a project by project basis. The rental company had a change of policy, and they were no longer offering to rent their trucks without a CVOR.

Chris had also purchased a new pick up truck and a trailer for his ATV. Chris was not sure, if his own pick-up truck requires CVOR as it was registered for RGVW of 11,000kg.

I had clarified with Chris the type of license that he requires for his truck, the fact that his personal truck used for personal purposes was exempt.

We had also prepared CVOR side of things so that his guys could rent truck without disruption to the business.

After a regulatory change HVAC trucks were no longer exempt from CVOR. Rick was a little late to the party and contacted me two days before the deadline.

His operation resumed without interruption, and in due course his company was brought to 100% compliance.

Chris has bought out 8 units from Badger North, and required to have his own authorities in place.

I took care of his CVOR setup, while he handled future bookings and smooth transition.

An owner of luxury furniture store who purchased an in-house delivery vehicle (the furniture he sells is really expensive).

Frank was busy moving inventory, and decided that outsourcing CVOR setup is a good choice for him. Given his operation and how long the truck was sitting in the parking lot I agreed.

An electrician by trade, Ray had acquired a heavy vehicle as part of a payment for a bad loan.

Ray knew the price for poor compliance and wanted to ensure everything will be done according to the law.

On April 1 2019 he informed that his process is complete.

Had to obtain his CVOR during global pandemic.

A number of clients had suggested to provide contact information in a more visible place.

So here it is:
andrew@cvortest.com 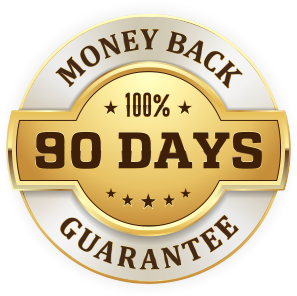 I want you to feel safe and secure that once you have invested in the service, you will get your CVOR operating authority, achieve 100% compliance, and will be protected from fines and triggering facility audit.

And you will... but I also have a 100% secure guarantee, just in case you need a little more peace of mind...

Here's my guarantee: Invest in the turn-key package, and provide me with the information required, and I will do the rest. If you aren’t completely satisfied by your results after 90 days, just let me know via a phone call, so I know what to do differently or better next time, and I will happily refund your entire fee and give you all your money back.

Why would I offer a guarantee this strong, and let you keep any progress results at my risk?

These days, business and life are very dynamic. If you invest fully in the turn-key package and later on a valid reason to change course comes up, then I believe it's not your fault, and you deserve your money back.

I can't think of a more fair and reasonable offer than that.

Andrew's "notches on the belt"

My job is to get things done, while staying out of your way.